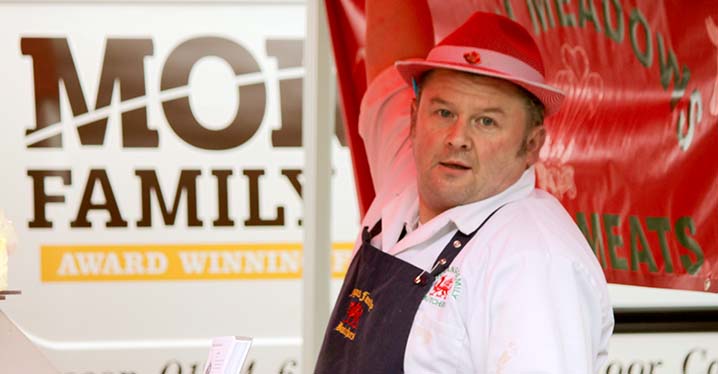 Morgan’s are situated in the heart of Mid Wales and are a well established family business. They were founded in 1999, to run alongside the family live stock purchasing and farming enterprises. Originally based in Brecon, the second premises opened its doors in Builth Wells in 2001. In 2009 under the High Meadows welsh beef and lamb banner the business expanded into farmers’ markets - they are a guest producer at Alexandra Palace twice a month on 2nd & 4th Sundays.

Over the years Morgan’s have won many industry awards. Most recently in 2014 their products won a total of nine gold awards. Four of which were for their bacon - home cured, dry cured, farmhouse cured and sweet cured; one for a beef burger with caramelised onion and four for their sausages; plain farmhouse sausage, pork, leek and ginger sausage, pork and leek sausage and a Christmas festive sausage which consists of pork, apple, herb and cranberry.