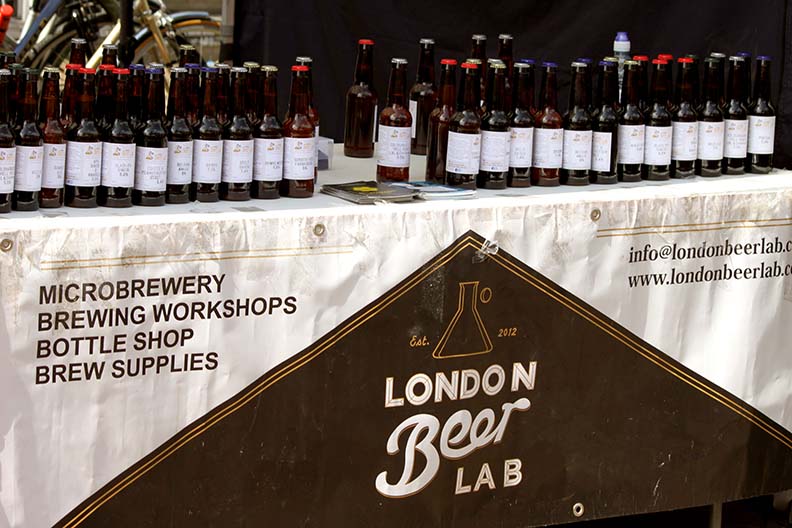 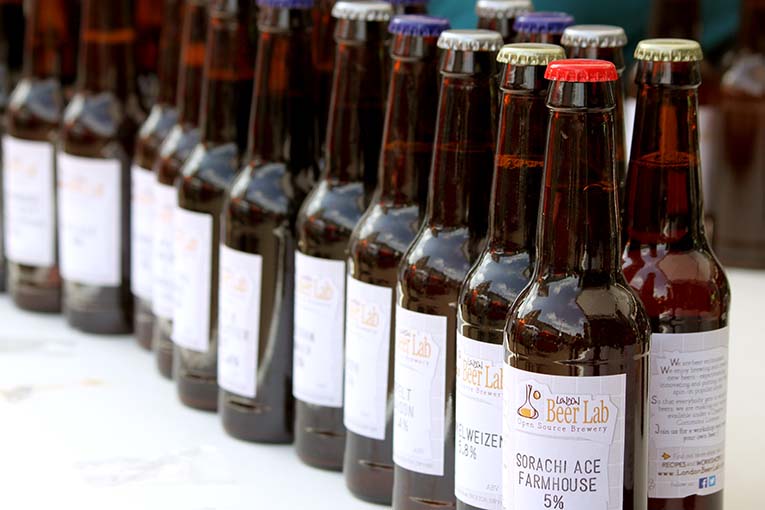 London Beer Lab was established in 2012 to offer brewing workshops to craft beer enthusiasts in London. Since inception, thousands have got to grips with mashing, sparging and hopping at their premises in Brixton. Experimentation has always been high up on the list of priorities and led to a flurry of original brews drawing inspiration from cutting edge brewing techniques as well as traditional and sometimes forgotten methods. As the UK's first open source brewery their recipes are published online for others to recreate and experiment with.

They've recently opened a commercial brewing site in conjunction with Clarkshaws Brewery at The Beer Hive in Loughborough Junction with an onsite taproom open every Saturday from noon until dusk.